He that is idle shall not eat. 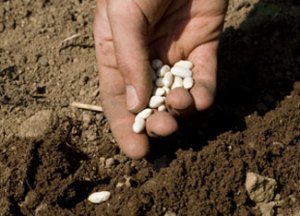 Our works in this life are the sowing, and the future life is the harvest of what we have sown. Whatever one sows here, that is what he shall reap there. If one hastens to cultivate the field of his heart, to fertilize it and to sow in it the seeds of immortal grain, he can confidently expect to see a corresponding harvest unto eternal rest and delight. He that sows with tears of repentance shall reap with rejoicing and “shall be filled,” says the Prophet, for sweet rest follows upon the labors of piety. Bust rest and refreshment are denied to him who has not labored in the work of piety –he that is idle should not eat; it is said.  – Elder Moses of Optina

A big misconception that many Protestants have towards Christian “organized religion” such as Roman Catholicism and Eastern Orthodox is that we believe our works can grant us salvation. This is a major stumbling block for them because it violates one of the “Solas” that they hold, Sola fide, or the belief that salvation comes through faith alone and they are partly correct. Salvation does not come through good words, it is given only as a gift to those who choose to reunite their will with that of God and to leave as He intends us to.

However, we cannot truly be living in this manner unless we are doing good works. It’s like a music lover who hears their favorite song: as the notes sweep over them they cannot help but to dance or sing along. So it with the Christian: as the love and awe of the Holy Trinity sweeps over us we should not be able to help but to do good works to benefit those around us, and in so doing  to prove our faith.

I recently received my B.A. in Philosophy, and there’s a quote about philosophy by Ludwig Wittgenstein which rings so very true: “A philosopher who is not taking part in discussions is like a boxer who never goes into the ring.” How much more so is this sentiment true for the Christian? We could say in a similar manner, “A Christian who is not acting on his faith is like a pilot who never flies; they both seek the heights of what is humanly possible, but neither will reach it.”

Tomorrow is the Nativity of Christ, the moment when God became incarnate so that he might show us the way back to perfection and to rescue us from death. He did not just talk about doing so — He acted. Let those of us who seek to imitate Christ also not just sit around idly, but take action.

This entry was posted on Thursday, December 24th, 2009 at 5:53 pm and tagged with Action, Christian, Christianity, Eastern Orthodox, Eastern Orthodoxy, Elder Moses, Optina, Orthodox, Orthodoxy, Religion, Saint, Sola Fide, Sow, Sowing, Wisdom and posted in Wisdom of the Saints. You can follow any responses to this entry through the RSS 2.0 feed.
« Stand firm, like an anvil under the hammer.
How To Make An Orthodox Prayer Rope »

One response to “He that is idle shall not eat.”

Let me know what you think Cancel reply